The movie ‘Meher Baba: Avatar of the Age’(1HR.20min.) was originally completed
in 1987. During 1988/89 the film was picked up by theaters all across the United
States as well as in Canada and the UK, and received 3 and a half out of 4 stars in
the National Guide of Ratings. Later, in 2004 the movie premiered at The Palace
of Fine Arts Theater in San Francisco for several weeks. The premier included an
art exhibit and musical performances celebrating Meher Baba’s life and work.
Now, the film is available to everyone on DVD or MP4 directly through our
website.
THIS WEEK ONLY
Get 2 copies of the DVD for the price of one!
Ends Aug. 14
to see pictures, interviews and other information commemorating the premier which took place at the palace of fine arts theater in 2004
Click Below: 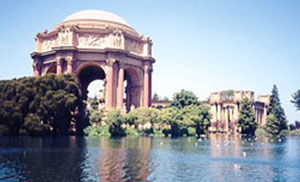